Observator – The Raveonettes’ New Album Out Today (And it Rocks!)

I actually bought a CD today, a physical compact disc.  What could prompt such ludditery?  Well, the dark Danish duo have done it again and released another quality album (their sixth, or in my count, seventh) shortly on the heels of the last one.  Observator, released today, showcases the mature Raveonettes in a more emotional, stripped down mood.  Recorded in a week in LA, after an apparent down period in Venice Beach for Sune Rose Wagner, the album and its title translate his many reflections into music.  In his own words:

“This album rose from such a dark place but ended up illuminating the gloominess and restlessness in a way I never thought possible. I honestly never thought this album would see the light of day, all the turmoil, all the craziness, all the sleepless night but in a single burst of spontaneous madness it came to be. I’m so thrilled for people to hear this new album in its entirety, it’s quite a dark ride.” (quote from NME interview)

That said, when have any of the last several Raveonettes albums not had a dark side? Well, quite.

Musically, Observator has a back-to-basics sound, with the same lush melodies and some noise, as always. It opens with pure, melancholic vocal harmony, and ends with a wall of sound. Familiar territory? Sort of, but it’s by far the cleanest, purest, warmest Raveonettes album, with fairly unaltered guitars, simple beats, and some monstrously heavy piano, especially on “Observations,”  the first and best single from the album.

Some of the other songs sound like distilled versions of classics from their last three albums, and they work very well (“Sinking with the Sun”, “She Owns the Streets”, and “You Hit Me (I’m Down)”.)

Others have a more original sound that makes for an interesting deviation. We end with “Till the End,” possibly the best wall of sound, harmonic noise-epic the Raveonettes have ever done – a song that could sum up their entire career. Tight melodies, punchy beats, chimey guitars, and waves of noise.  It’s the Raveonettes at their best, and for me the best track on the album.

It’s hard to believe that Sune and Sharin could put out yet another quality album just a year after releasing the achingly beautiful Raven in the Grave, but then they’ve never gone more than two years without an album. I don’t know how they do it, but they so deserve the Great Ballers status I accorded them with earlier.  Observator keeps the ball rolling.

Bonus: listen to Observator in its entirety streaming at Rolling Stone

Bonus part 2: The Raveonettes are coming to DC on October 6, playing the Black Cat as they always do. If you live in the area, go!

Great Danes of Music: The Raveonettes 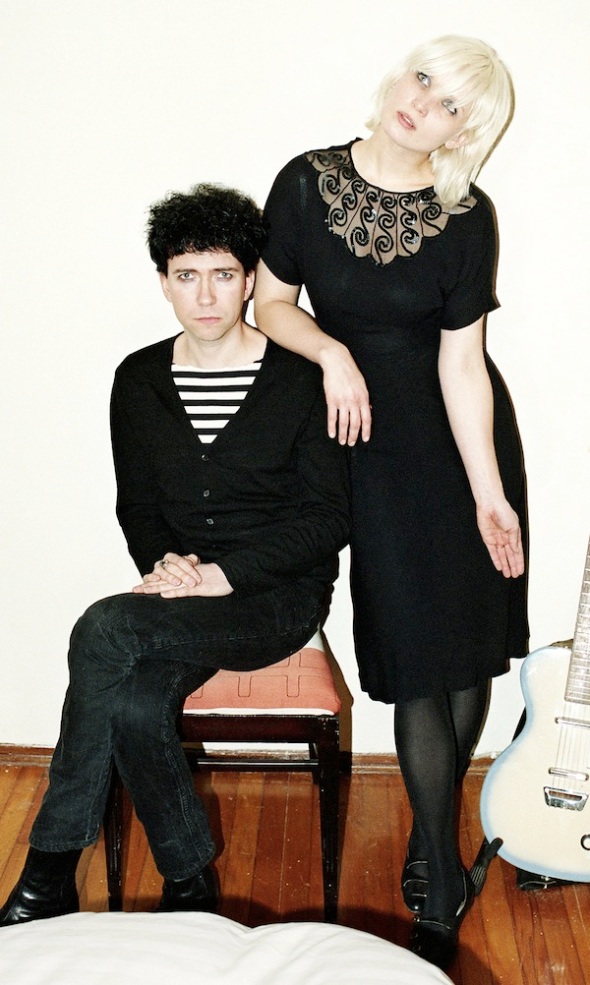 In a slight stylistic deviation from much of the in-your-face music I love so much, we arrive today at the Raveonettes, one of my absolute favorite currently active and touring bands.  They’re somewhat well-known, but not too much.  Misdemeanor-ly unappreciated if not criminally unappreciated, I suppose.  In any case, they are very, very dear to my heart, and here’s why: