Where to even begin? A true living legend, multilingual global troubadour, the leader of two amazing bands and the man behind several brilliant albums for himself and others, and a veritable musical chameleon, capable of three-hour live sets run at breakneck speed.

Obligatory bio/resume (you can read the details elsewhere): Born and raised around Paris to Spanish parents, Manu emerged in the mid-80s after a few other projects as the lead singer and songwriter of Mano Negra, a band that spearheaded the alternative scene in France in the late 80s/early 90s.  Their combination of punk, Latin music, and rockabilly (among many other things) was dubbed pachanka by Manu – incidentally the title of their second album.  Their first three albums were a real mish-mash of these influences, mostly sung in French, Spanish, and English, and a hell of a lot of fun.  After touring South America by train and cargo ship, Mano Negra released the almost entirely Spanish Casa Babylon in 1994, which in turn largely kicked off the Latin alternative scene.

Around this time Mano Negra broke up and Manu went on walkabout in Latin America, debuting as a solo artist with 1998’s seminal album Clandestino, a mostly acoustic reggae-influenced album almost entirely in Spanish, that took off slowly but eventually conquered the world (except for the lame United States, anyway).  The follow up, Proxima Estacion: Esperanza followed in 2001, branching the sound out more and generating more hits.  Around this time Manu started his second band, Radio Bemba Sound System, centered around himself, brilliant guitarist and bassist Madjid Fahem and Gambeat, and erstwhile Mano Negra percussionist Garbancito.  Several tours and a live album followed, and 2007 saw the release of Manu’s long-awaited third global album, La Radiolina, which was much more in line with his live sound.  Early 2009 saw the release of Baionarena, a live album and DVD with Radio Bemba Sound System covering much of Radiolina.   In the meantime, Manu produced Amadou & Mariam’s excellent album Dimanche à Bamako, which is sort of a lost Manu album – it shares many of its musical themes with Manu’s France-only album Siberie m’était Contéee, which is criminally overlooked in the rest of the world.

So, what’s it to me and what’s it to you?  Imagine an artist that combines most of your favorite styles of music into one discrete package, while sounding like nobody else in the world, thus creating an all-new, inimitable style of his own.  Manu has done that twice, with Mano Negra first, and now with Radio Bemba on his solo albums.  And I challenge anyone to name another musician who does so with such infectious enthusiasm and joie de vivre.

Speaking of which, nobody puts on a show like him either; at 50, he still goes for at least two and a half hours without a break, charging through song after song with nary a pause – like the pace and intensity of the Ramones’It’s Alive, but three times as long.  He gets a crowd worked up in any language, often simply with repeated monosyllabic chants, but woe betide you if you stand in the front row and are tired – you’ll be moving as much as he does.  Most of his non-American shows are performed with the extended version of his band, which features keyboard, horns, and extra percussion – a real carnival.  Fortunately for us on this side of the Atlantic, said carnivals have been documented in the live albums and DVDs.

Sadly his reputation inside the US is far less than deserved.  Indeed, he remains mostly unknown to the majority of people, and even serious music fans often just have a passing awareness of him.  I first discovered him in Europe, where he has a fair level of stardom, watching a German music channel late at night in London, when Clandestino was making waves, and I was instantly hooked.  What else sounds like Bongo Bong? And what on earth was up with the strange video?  Nothing.  And that’s what makes him such a great baller – 25 years in the business, and nobody comes close. 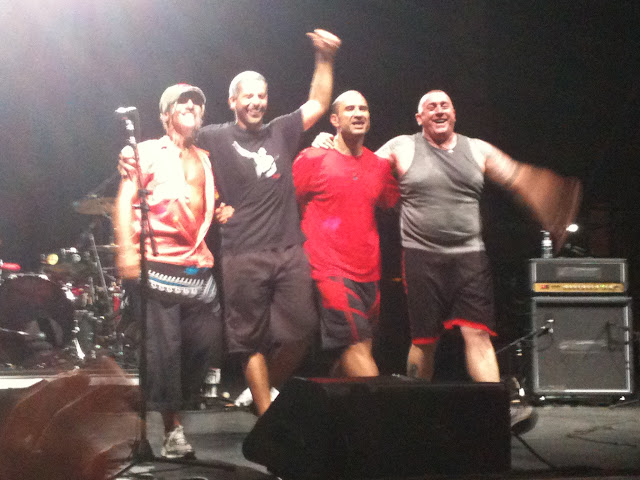 Manu is one of the very, very few musicians whose CDs I’ll still physically buy in this digital age.  It’s hard to distill roughly a dozen albums into just four selections, but here are my picks:

In the Hell of Patchinko (live), 1992.  The only official live Mano Negra album, and essentially a greatest hits of their first three albums.  Not only does it feature most of their best songs from this era, it also exemplifies Mano Negra’s, and later Manu’s/Radio Bemba’s non-stop energy.

Clandestino, 1998.  The album released after an absence from the scene of four years, and the one that turned Manu into a global superstar.  Songs from this much more laid-back album are still heard in bars and cafes all over Europe.

Baionarena, 2009 (live). Manu’s best live album, and valuable especially for the full-length concert DVD.  Crank the speakers, put it on a big screen, and you have as close to attending a concert as you can get without actually being there.  All his big songs, from both his solo Career and Mano Negra.  Get ready to rock out for 2+ hours straight.

Hear what I’m talking about with this Gratuitous Youtube Fun:

This entry was posted on January 19, 2012 by Hassouni Efendi. It was filed under Great Ballers, Music, Rock and Roll and was tagged with Mano Negra, Manu Chao, Music, Radio Bemba.