Having gone to my share of so-called “speakeasies” (come on, it’s not the 1920s anymore, stop calling them that), including a few in New York, the epicenter of the movement, I had thought in general that they’re a good concept. Low key bars, specializing in seriously good drinks, mostly allowing you to come as you are. I like that. When I stepped into Little Branch last night, I thought “OK, this looks like a decent bar.”

Firstly, the entrance is unmarked and unremarkable except in its decrepitness and lack of imposition, merely a red door or on the merest strip of a shabby, graffitied white brick structure:

The door stays unlocked, and one immediately plunges down a flight of stairs into a vaulted cellar. To the left of the entrance, in what can only be described as a corner nook, a traditional jazz band plays. Nothing avant-garde or experimental, but solid late 20s/1930s fare, at a volume easily allowing conversation. Then notice the bar itself – metal perforated with holes, and angled back allowing for drainage of spills. Extremely clever. Look up to the shelves, note that only the finest bottles are present – not most expensive or most hyped, but simply the best and most distinctive, which is what matters. Peruse the menu, and see a devotion to the classics of a century past. 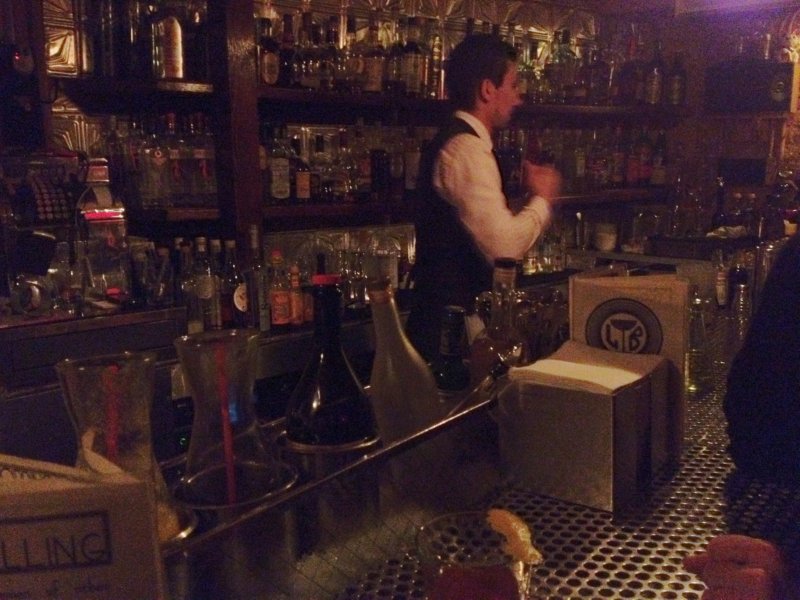 Best bottle collection ever, as well as everything else

I figured I’d test the allegedly skilled bartenders, and order off the menu, a Hemingway daiquiri (pronounced, die-key-ree, by the way, it’s Cuban for God’s sake), a classic, superb drink that stumps bartenders at even some of the most cherished DC bars and that I’ve given up ordering in my hometown. My exceedingly capable bartender knew exactly what I meant, and made it brilliantly.

Not only was the drink excellent, but the entire preparation was first-rate. Freshly squeezed juices sit in glass carafes on ice, very high end shakers, jiggers, and spoons are used, and the bartenders’ own shaking technique resembles the obsessive motions of legendary Tokyo barmen. Additionally, this was one of a very small handful of places I’ve been to where the bartender tests each drink with a dip of a straw before it goes out, a practice that really should be done everywhere. One friend I was with asked each of the bartenders to make what he himself would drink; he wound up with two very different, very original, yet astonishingly good drinks. 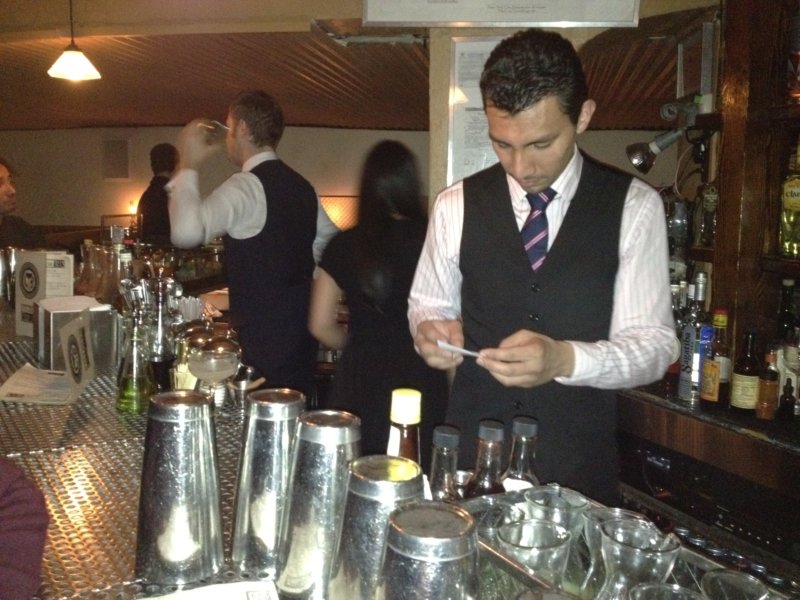 The bartenders dress as sharp as their skills

After the daiquiri, I ordered a highly-regarded rum that I had heard of but never before seen for sale or on offer at any bar. When I asked for it with ice on the side, the barman took a solid cube of ice, about 3 inches on each side, and whittled it down with his spoon to fit in the flared glass. Amazing. Another icey treatment I observed was a standard practice of long drinks on the rocks being served over a single large stick of ice. Nice touch. (The rum was entrancing, by the way.)

Realizing that I was at a rare place, I ordered off the menu again, this time a Ramos Gin Fizz, a 19th century classic from New Orleans that I’ve never bothered ordering because the chances of anyone knowing what it is, let alone making it right, are exceedingly slim. Once again, it was no problem, and it was made with the utmost attention to detail, including the lengthy shaking time and the separation of the egg. The end result was phenomenal, like drinking silk. Also, speaking of New Orleans classics, I observed the preparation of a Sazerac for a friend from start to finish, and the technique used in its construction was both innovative and ingenious.

I regularly mix some mean drinks myself, and it takes a lot for a cocktail bar to blow me away. Little Branch surpassed all possible expectations, and is easily the best I’ve ever been to. To say I recommend it is a vast understatement – if you find yourself in New York and have just one night, go there. If you live in New York and haven’t been, go immediately. And if you’ve been, then you know exactly what I mean.

In the meantime, here’s part of what’s on offer: 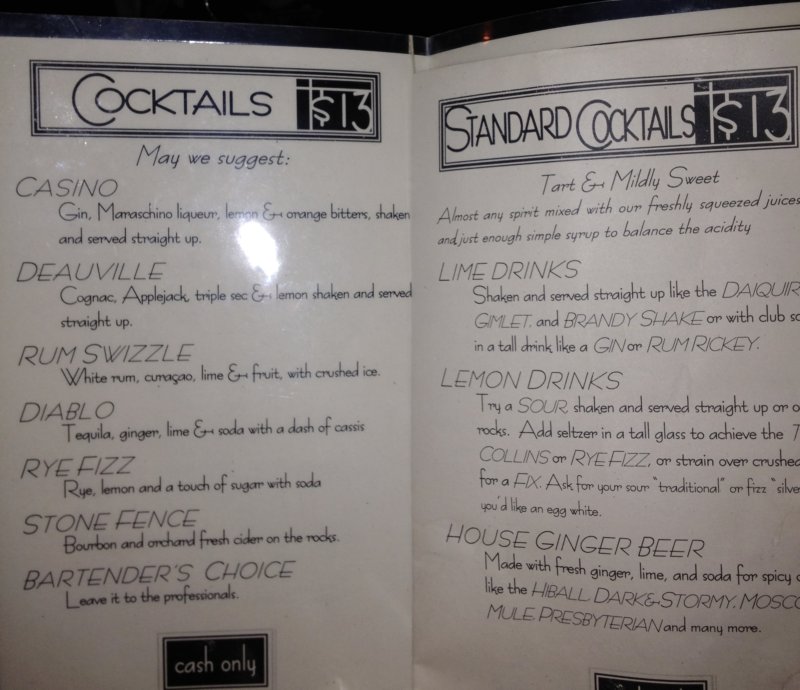 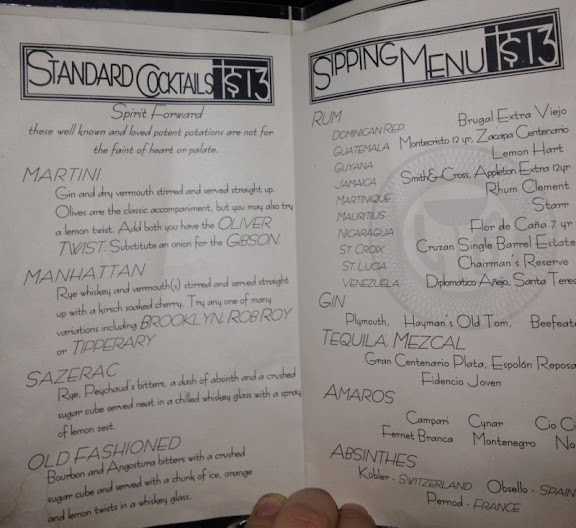 This entry was posted on January 17, 2012 by Hassouni Efendi. It was filed under Bars, Cocktails, Drinks, Mindblowing, New York, Travel and was tagged with Best Bars, Little Branch, Mixology, New York, West Village.