It Was Fifty Years Ago Today*: Why the Beatles Still Matter

*give or take a few weeks…

October 1962. The Beatles, then a relatively unknown band from Liverpool, have just released their first major label single, “Love Me Do,” recorded at Abbey Road Studios, and later make their first TV appearance. History would never be the same.

But wait, isn’t this We Ball Harder, the home of the cutting-edge, underground, and hip? Yes it fucking well is. It’s not all Light Cycles, Madeon, and desert rock round here – anything hard-balling is saluted, and musically and culturally, nobody had a bigger, harder-balling, longer-lasting impact than the Beatles.

So what happened after 1962? Well, Beatlemania started shortly afterwards in the UK, then in the US and globally. Why were they such an instant hit? They were among the first groups to have the complete package – singers, songwriters, and instrumentalists, looking sharp, polished, and professional. It didn’t hurt that their first singles were intensely catchy – and – not to be taken for granted, “guitar groups” were far from established as the de facto standard in pop at the time, and that further set the Beatles apart. In that era, no musician or band of note offered that combination. Some played guitars and wrote their songs, but looked scruffy, or couldn’t write a catchy tune, while some, especially the chart-slaying Motown artists, while shiny and catchy, had a team of songwriters holed away in Detroit.

Without reviewing a history of the Beatles or of Beatlemania, suffice it to say that through whatever factor, the band became immensely popular nearly instantly. By remaining on the cutting edge of music, fashion, and culture, and releasing roughly two albums per year, they managed to sustain that popularity until their breakup 8 years later, an unfathomably long period at that the time. This popularity meant that whatever the Beatles did, be it how they sounded, dressed, wore their hair, believed in, or anything – became the epitome of cool and copied en masse. While the Beatles certainly were influenced by existing strains in 1960s culture, they processed these influences and turned them around to their untold millions of fans.

Among the things the Beatles either pioneered or popularized were:

So, if it’s not already quite obvious, objectively speaking, all of the above are still highly relevant today. If you listen to rock music, you can thank the Beatles for not only keeping it from vanishing, but greatly shaping it and propelling it to an unimaginable place in modern culture. An IMMENSE number of successful musicians since them, across a panoply of genres, have openly acknowledged their influence, many citing them as a prime influence in their own decision to take up music. It’s unlikely they would exist as musicians without the Beatles.

Subjectively speaking, they remain the greatest band that ever was or will be – partially because following their breakup, the rock/pop scene split into numerous genres and movements not easily reconciled with one another, even though the Beatles could switch back and forth with ease. This meant that no one musician or band could command the same level of influence or fans as they had.

Their work, both within its own context and in universal terms, is unparalleled, reaching greatness no later than 1964/65 and sustaining it until their breakup in 1970. Very, very few bands have pulled that off – but then nobody releases 8 or 9 albums in just 5 years, either. While the Beatles certainly didn’t invent rock ‘n roll, or even singlehandedly invent folk-rock, or psychedelic, or other styles, they were masters of them, doing them consistently better than their peers – undoubtedly this was helped by their free reign over Abbey Road Studios and endless tinkering, but their sheer talent and skill at crafting perfect songs must not be underestimated. As an aside, I personally think they invented metal back in 1968, with “Helter Skelter,” still one of the heaviest songs of all time, though John Lennon (whose birthday I share, incidentally), claims the Beatles created the heavy metal riff in early 1965, with “Ticket to Ride.” I respectfully disagree, while the latter is in fairness a great song, this

So, if everything they made was excellent, where to begin with recommendations? Time to choose the best of the best:

A Hard Day’s Night – 1964. The most mature of the “early Beatles” albums, with the title track and “Can’t Buy Me Love” standing out. It was also the name of their rather enjoyable first feature film, one of, if not the first, to star a rock band, and a forerunner of the now-established mockumentary genre.

Help! – 1965. A transition era of sorts (and also a movie). Superb songs on here, much of the old Beatles sound remains, but it was clearly changing, verging into folk rock and the merest inkling of psychedelia, to be fully fleshed out on:

Rubber Soul – 1965. Brilliant, brilliant songwriting on here. Nearly every song on is gold: “Norwegian Wood,” Nowhere Man,” “Think for Yourself,” “I’m Looking Through You,” among others. Incidentally, this was the Beatles’ reefer record, with the Fab Four gettin’ Fab fucked up throughout the recording sessions. From this point on, the Beatles were basically untouchable in terms of quality and influence. 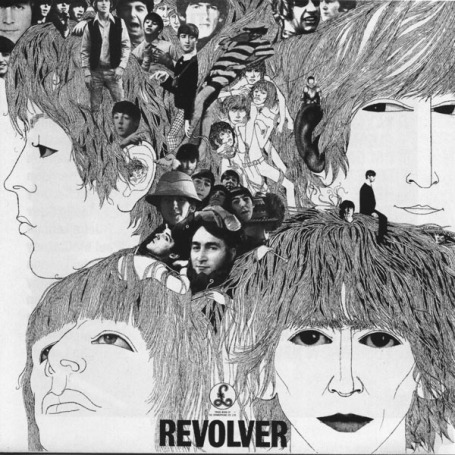 Revolver – 1966. A no-brainer, this makes every music magazine’s “best album of all time” list (really). Consistently superb songs from start to finish, from George Harrison’s stinging emergence as a proper songwriter in “Taxman” to John Lennon’s psychedelic trip-fest on “Tomorrow Never Knows,” which open and close the album. Incredible depth, breadth, and variety on here. By this time the Beatles had taken LSD, and the psychedelic influences are more than a mere hint here, preparing us for this:

Sgt. Pepper’s Lonely Hearts Club Band – 1967. Wow. If any album competes on critics’ lists for number 1 with Revolver, it’s this one, written and recorded after the Beatles stopped touring. A pop culture magnum opus, this album is tasteful psychedelia at full tilt. Another start to finish masterpiece, and probably the album for which they’re best known – upon its release it was instantly recognized as an immensely significant work, and a few days afterwards, Jimi Hendrix was performing major segments of it live in his London club shows. It’s arguably the world’s first concept album, contained more sonic experimentation than anything else at the time, and in terms of sheer successful ambition is unrivalled. It’s also by FAR the most “1960s” of their albums. At a stretch, most of their albums could have been recorded at any time since the 60s, but not Sgt Pepper – the spirit of 67 courses through it strongly.

The Beatles [aka the White Album] – 1968. Famous for a few reasons: the totally blank album cover, the sprawling nature of the work (it’s a double album), the abandonment of psychedelia, and the fact that a great bulk of the songs were written during the Beatles’ infamous spiritual retreat in India. Despite having a more stripped sound than its predecessors, there’s still great variety on here, from acoustic classics such as “Blackbird” to the previously praised doomy goodness of “Helter Skelter,” and the uptempo rock of “Birthday”. It’s also one of the least unified Beatles albums, with an obvious separation in the contributions of the individual members. Maybe not consistently as spectacular as Revolver or Sgt. Pepper, this is still one of their best works.

Abbey Road – 1969. Probably the most famous, or at least most imitated, album cover of all time, and despite what pedants say, the Beatles’ true last album (it was not the last released, but it was the last recorded). There’s a mood of the band cooperating and reuniting after internal conflict pushed them apart over the previous few albums, and the calibre of the work is superb. The real joy here, however, is found on side 2 (if you have a record of it), in the famous medley of “You Never Give Me Your Money,” “Sun King,” “Mean Mr Mustard,” Polythene Pam” “She Came in Through the Bathroom Window,” “Golden Slumbers,” “Carry That Weight,” and “The End” – probably the finest multi-song moment ever recorded, and one that gives the album and the band an oddly comforting sense of finality – as if to say “we’re falling apart, this is our last effort, but we’re gonna go out in splendor.” A few months later, the band officially broke up.

It must be said, in a way it’s good they broke up. Many bands of their era have lumbered on, outliving their relevance by decades, changing members, replacing dead ones, and just generally tarnishing their reputation. The Beatles quit while they were ahead and thus ensured and protected their legacy until the end of time.

This entry was posted on October 31, 2012 by Hassouni Efendi. It was filed under Great Ballers, Music, Rock and Roll and was tagged with Music, Rock, the Beatles.