Why London is the Greatest City on Earth

I may live mostly in DC, frustratedly adore Beirut, and enjoy travelling round the world, but only one place is my true love: The Metropolis; Her Majesty’s Capital; London.  Having lived there twice and visited so often I’ve lost count of the times, London is truly where my spirit resides. When I arrive at Dulles, I groan; when I arrive at Heathrow, I think “I’m home.”

Given a little thing called the Olympics is going on there now, it’s a great time to tell you why London deserves every bit of attention it’s getting.

Well, for starters, PIMM’S IN A CAN – to be drunk exclusively on the street.

END_OF_DOCUMENT_TOKEN_TO_BE_REPLACED

Georgia About is a fantastic blog about all things Georgian, I highly recommend it. This post about Svaneti is awesome!

Svaneti (Georgian: სვანეთი) is situated on the southern slopes of the Greater Caucasus mountains in the northwestern part of Georgia. It is the highest inhabited part of the Caucasus.

The characteristic landscape of Upper Svaneti is formed by small villages situated on the mountain slopes, with a natural environment of gorges and alpine valleys and a backdrop of snow-covered mountains.

Svaneti is known for its wonderful scenery and its architectural treasures, including dozens of churches and the famous Svanetian towers erected mainly in the 9th-12th centuries.

The towers were built as protection against invaders and raiders. For many centuries the Svans (Georgian: სვანი) have been in contact with the northern Caucasian tribes on the other side of the mountains and with the Ossetians to the east. Though trading took place, these relations were often hostile, with raiding parties from one or the other group attempting to seize the other’s property.

The towers also protected families during the blood-feuds…

I’ve said Georgia is the place for wine. The oldest evidence for wine-making has been found in Georgia, dating back to 8000 years ago, and wine has been in steady production there since then. Even their indigenous word for wine, ghvino, is thought to have influenced Indo-European languages – vinum (Latin), oinos (Greek), and, of course, vino (Spanish, Italian, Russian, etc).  As of 6000 years ago, the people now called Georgians essentially created the method of winemaking that remains in use today. For those Georgians who make wine at home, they follow roughly the same procedure. Almost all commercial wine, however, has begun to be made using Western European methods, in an effort to appeal to a global palate. Appealing they are, some even excellent. Pheasant’s Tears has stuck to the ways of their distant ancestors, and their wines are nothing short of amazing.

END_OF_DOCUMENT_TOKEN_TO_BE_REPLACED

Georgia: Suggestions and Such (Part 2)

So I’ve told you where to go and what to see, how about some more practical information?  Transportation, costs, accommodations, food and drink…How to make the most of your time and money once you’re there.

Transportation: For far-flung trips to Kazbegi or Kakheti, or even further, it can be useful to rent a car – without doing so, getting to Davit Gareji would have been a huge pain in the ass, and all these stops after the jump, going to and from Kazbegi, would have been unlikely if not impossible without hiring a taxi at an exorbitant fee: END_OF_DOCUMENT_TOKEN_TO_BE_REPLACED

END_OF_DOCUMENT_TOKEN_TO_BE_REPLACED

But I want to change that. Georgia is a lovely, remarkable country, with an ancient and distinctive history and culture, some of the most beautiful scenery I’ve set eyes on, and people that give even Arabs a run for the money in the hospitality department. Let’s not forget that the food and wine are brilliant and plentiful, too. END_OF_DOCUMENT_TOKEN_TO_BE_REPLACED

No, not where Outkast is from.  The country, in the Caucasus.  The Republic of Georgia, Sakartvelo. One of the most lovely places I’ve ever been, where at almost every head turn something gorgeous and unexpected pops into view, where the people shatter your notions of hospitality with their unending kindness and warmth, and where the food and wine are so good that “moderation” ceases to be in your vocabulary.  Here are some photos for the time being:

END_OF_DOCUMENT_TOKEN_TO_BE_REPLACED

If the mad awesomeness of the Bernese Oberland wasn’t enough for you, we have one more stop, featuring Switzerland’s most famous mountain of all.  The one on the Toblerone bars:

END_OF_DOCUMENT_TOKEN_TO_BE_REPLACED 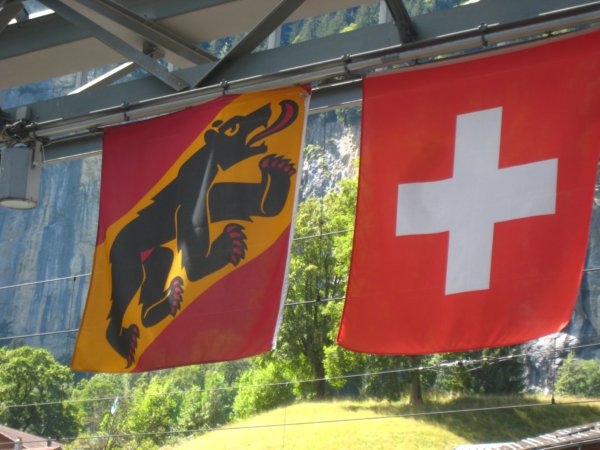 END_OF_DOCUMENT_TOKEN_TO_BE_REPLACED

The Luxury Country: Switzerland – an Overview

You’ve heard of luxury cars, luxury hotels, luxury watches, and all that.  Have you ever heard of a luxury country?  While the UAE might like you to think that Dubai is what I’m talking about (and much love goes out to the UAE), Switzerland is the embodiment of a luxury country.  END_OF_DOCUMENT_TOKEN_TO_BE_REPLACED